Are you interested in building a winning sales team? Learn from Ohio's very own, Mark Swepston, CEO and owner of Atlas Butler Heating, Cooling & Plumbing at the Chamber's next Sales Connection Breakfast Series! This series will take place from 7:30 to 9 a.m. at the Dublin Chamber of Commerce, 129 S. High St. in Historic Dublin. Come grab a light breakfast and learn how to build your winning sales team - all for $18!

After having spent his entire professional career - more than 45 years - in the heating and cooling service industry, Mark Swepston serves as CEO and owner of Atlas Butler Heating, Cooling & Plumbing. He began working in the family business as a teenager, and after earning his bachelor's degree in finance from The Ohio State University, he started working in the accounting department while also pursuing a graduate degree at Capital University. He had planned to go into the banking industry, but instead decided to remain with the family company and joined the service department as assistant service manager, then service manager.

In the 34 years that Mark has been leading the company in various roles including president and currently as CEO and owner, his role has changed from one of daily performance to asset and resource management, which keeps him focused on growing the company's workforce and their technicians' capabilities. His background of problem solving for customers in the service department has now translated into his ability to innovate on a larger scale when it comes to incorporating new technologies, navigating changing economic landscapes, and managing the personnel of a growing company.

Outside of his role at Atlas Butler, Mark is involved with several community organizations and causes. Some of the organizations Mark has volunteered for, partnered with, or donated to include the Boy Scouts, United Way, Kiwanis, Salvation Army, Multiple Sclerosis Society, Cancer Support Community, My Special World, Elevate Northland, Pilot Dogs, Ohio RTC, the Columbus Chamber of Commerce, the Jaycees, the United Methodist Church, Lifetown and more.

In his spare time, Mark enjoys being with his family: his wife Julie, two children, one grandchild and several pets. He also enjoys endurance sports and has completed marathons on all seven continents. 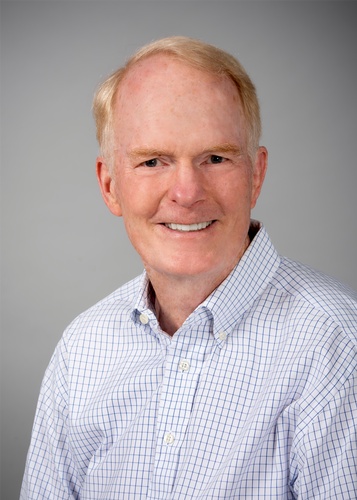 $18, which includes a light breakfast